After all the waiting and postponements will The New Mutants movie live up to expectations? More on the new release date, cast, story, and more right here.

The official test screening opened to rave reviews in 2017. Since then, fans of the horror-themed superhero film have wondered about the release date of The New Mutants.

Played by Maisie Williams in The New Mutants, Wolfsbane is also known as Rahne Sinclair. She can shapeshift into a wolf, and can also take a partial human/wolf form giving her extra abilities.

Due to her mutant genes, she can regenerate, although not like Wolverine. Wolfsbane's other abilities are the power to see infrared and ultraviolet light spectrums. She also has a heightened senses even in human form, the ability to turn into multiple wolves, and more.

Her backstory is an interesting one as it could play a role in the film. Rahne Sinclair was raised in an orphanage in Scotland by Reverend Craig. As she matured into puberty, her mutant abilities started to take shape. She was cast out by the reverend and was taken in by Dr. Moira McTaggart, who brought her to Charles Xavier. 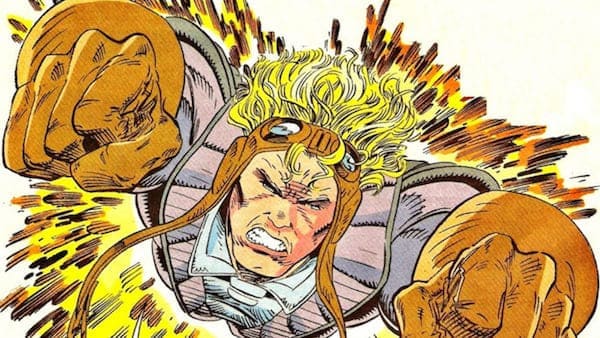 Cannonball, a.k.a Sam Guthrie, will be played by Charlie Heaton. Cannonball is a character that has a complex historical background. Born in Kentucky, he dropped out of school at 16. He worked in a coal mine to raise money for his family after his father died.

He discovers his powers when the coal mine collapses on him and another worker. He realizes he can fly like a rocket and saves them. The problem is that the coal mine is owned by a mutant-prejudiced businessman intent on taking down the X-Men.

He recruits Cannonball to work for him by giving him loads of money for his family. It isn’t until later that Sam’s character actually wises up and understands his boss’ plot. He joins the New Mutant team seeing the err of his ways. Sam’s character is humble, polite, and friendly with a backwoods charm, at least in the comics. It will be interesting to see how this plays out in the movie.

Cannonball is also a rare mutant that appears to have immortality abilities, though this isn't confirmed. Sam wants to be a source of good in the world. 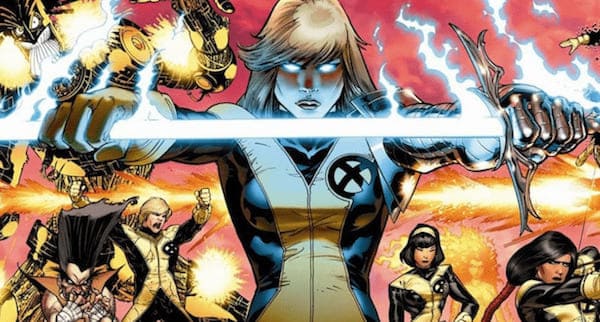 Anya Taylor-Joy will play the role of Illyana Rasputin, also known as Magik. Magik is known in the comics for her weapon of choice, the soulsword. Her backstory is as crazy as they come.

Magik is saved by her brother Colossus when she is 6. He turns into metal form to save her from a train wreck. She is taken by Belasco, a demonic lord from a realm called Limbo. Although she has only gone a few minutes of Earth time, she has spent seven years in the Limbo realm. 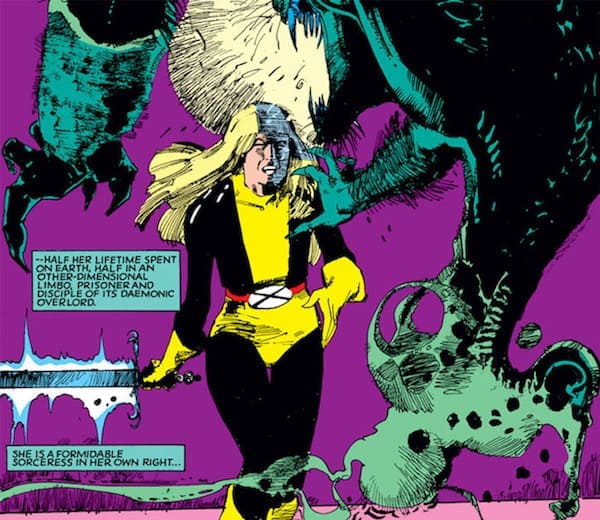 She discovers her ability to make teleportation discs. Limbo’s version of Storm trains her to use magic. She becomes a powerful sorceress and eventually rules the Limbo realm. While in the Limbo realm, she learns how to create a weapon called the soulsword.

The soulsword has the power to disrupt all magical energies and can even harm non-ethereal beings like ghosts and spirits as if they were alive. It can break spells. At times, it’s power caused her to die when she wielded it too close to portals, where she lost the sword for a time. This is evident in the comics when she returns to the age of 6 and has no memory of her powers.

Perhaps this story will come into play in the movie. 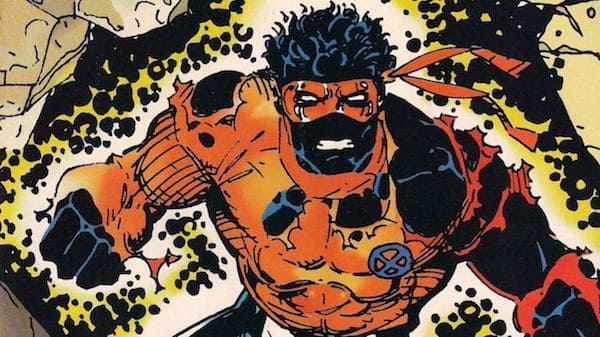 Roberto da Costa, aka Sunspot, will be played by 13 Reasons Why star Henry Zaga. In the comics, Sunspot is the son of a Brazillian millionaire. He spends his time lavishing his girlfriend with presents and playing soccer. His life takes a dramatic turn at a soccer match when he is knocked to the ground.

Becoming angry, he discovers he can absorb solar energy into his muscles, making him superhuman. His strength and durability are unparalleled. The more energy he draws in, the stronger he becomes. Sunspot is known for his temper and often can act before thinking things through. He carries a hard burden of the loss of his girlfriend. She risked her life to save him in a battle, taking a bullet for him when he was attacked by Donald Pierce’s men. 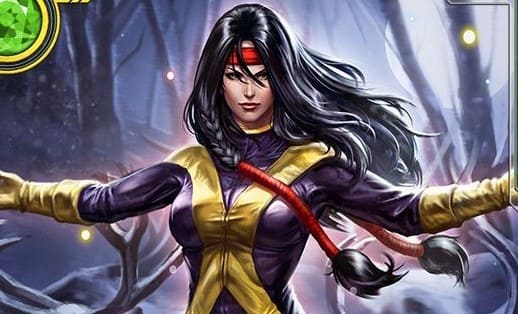 Played by newcomer, Blu Hunt, “Dani,” Danielle Moonstar, aka Mirage, is a Native American Mutant from the Cheyenne tribe. She has the rare ability to sense people’s hopes and fears and create illusions of reality. Dani lives in constant remorse over her parents' disappearance. She believes she possibly killed them with her psychic powers. She is tormented by a demonic bear that she believes had something to do with her parent’s disappearance.

Raised by her grandfather, Black Eagle, she has reservations about joining The New Mutants. In the comics, she doesn't trust others outside of her own tribe. During a battle, she loses her grandfather to Donald Pierce. In honor of her grandfather, she joins The Mutant Team. She is seen as a fierce warrior and a leader. 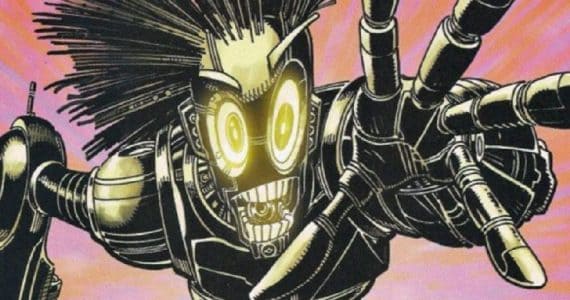 Warlock is an alien robot entity. Some believed he was to be played by Antonio Banderas.

Based on interviews with Entertainment Weekly, director Josh Boone always had Banderas in mind for the end card as Emmanuel da Costa. With Disney now owning Fox, sequels for The New Mutants may be up in the air, as they wish to focus on the MCU universe.

Emmanuel da Costa is Sunspot’s tyrannical millionaire father. He has ties to the Hellfire Club that killed Sunspot’s girlfriend In the comics.

It’s not entirely clear where Warlock fits in. Warlock escapes to Earth to flee his father, who is trying to kill him. Perhaps he plays a villain in the movie since the character doesn't really fit into the movie's plot. Warlock could be someone The New Mutants must battle against.

What is The New Mutants About?

In the comics, The New Mutants all met at Charles Xavier’s School For the Gifted. They were seen as mutants who were raw and needed training so that they wouldn’t be a danger to others or themselves. Unlike the X-Men, they are taught to manage their abilities to live more ordinary lives. This, however, is not the case in the movie.

The plot of The New Mutants is centered around horror-tinged events, where each mutant is brought to a hospital to help them get better. They come to find out that the hospital is not a place for healing, but rather a place designed to feed on their fears and eradicate them from the Earth.

The teens must learn to work together to conquer their fears to defeat Dr. Cecelia Reyes, the one who keeps them locked against their will. To survive, they have to work together as a team if they survive the horrors lurking behind every dark corner of the hospital.

Breaking down the trailer, we see that each teen has been brought to this creepy hospital to help them manage their mutant abilities. They are being monitored and treated by Dr. Cecelia Reyes.

Her intentions don’t seem very pure. This is evident when she says, “Do you know that baby rattlesnakes are more dangerous than adult ones? It’s because they haven’t learned how much venom to secrete.” The New Mutants begin to understand that this isn’t a regular hospital. For instance, when Illyana tells Dani, “This isn’t a hospital. It’s a cage,” after discovering a mysterious force field that is hindering them from leaving the premises. Meanwhile, a creepy version of Pink Floyd’s The Wall plays over the events.

Slowly, we are shown events where the mutants seem to be haunted by some mysterious force. They have to band together to survive. The end of the trailer shows Magik using a teleportation disk, and she has her soulsword. Whether this will be part of the movie or part of an end credit is yet to be seen.

One thing is for sure, The New Mutants is a different kind of superhero movie. It plays on horror elements rather than heroics to keep fans on the edge of their seats.

Filmed in 2017 and originally set to open April 13, 2018, the X-Men spinoff was pushed back 10 months later to February 22, 2019. It then moved to August 2, 2019. Insiders speculated that the date was changed for reshoots to tweak the film, but no such changes occurred. The movie remains mostly the same as the test screening in 2017, with a few added special effects.

In January of 2020, a new theatrical trailer was released with a date scheduled for April 3, 2020. However, The New Mutants fell victim to the same fate as other Marvel films due to the COVID-19 Pandemic. Some rumors suggest that the Disney/Fox merger is what delayed The New Mutants release back.

In May of 2020, Disney provided a theatrical release date of August 28, 2020. There was some speculation that the movie may go right to Disney+, but those rumors have been dispelled.

Will the Movie Be Rated R?

According to an Instagram post by director Josh Boone, the film is scheduled to be rated PG-13. Whether this has anything to do with the Disney/Fox merger, is all speculation, but the feeling is that Boone always had it in mind to be a PG-13 film.

Where Was the New Mutants Filmed?

Considered haunted, director Josh Boone stated that many crew members experienced weird phenomena. though he felt nothing. All in all, it adds to the creepy horror-filled vibes of the setting.

Why a Horror Film?

According to interviews with director, Josh Boone, growing up, he was both a comic book fan and Stephen King fan. These interests dovetailed in his younger years, and he felt it interesting to incorporate the two together.

To pitch the movie, Josh Boone and co-writer Knate Lee created their own PDF comic books. Each one designed to break down the movies. In all, they created a trilogy series for the New Mutants that Fox Studios loved. Since the merger with Disney, the sequels are up in the air.

Both cast members and Fox's heads have admitted to the film being a horror film and less of a superhero film. Nonetheless, it is said to have some young adult attributes to the film and some superhero elements. The horror will be a big part of the plot, but not be the whole story.

When does this story take place? Is it part of the MCU?

The details are still a little fuzzy on whether The New Mutants will be considered part of the Marvel Cinematic Universe. Still, reports seem to suggest that it won't be.

The movie was initially designed to be set in the '80s but then was changed to the present day. So viewers expecting a period piece will have to let that go.

What Are You Most Excited About?

The New Mutants appear to finally have it's shot at the big screen barring any other mishaps. Fans will be happy to finally see its opening night. With the new direction of the film, it will be interesting to see if it lives up to its horror-filled expectations.

One thing is for sure, The New Mutants is set to change how we view superheroes whether good or bad. What are you most excited about?

For more information about your favorite comics and more, check our blog regularly.

November 5, 2021 – Doctor Strange in the Multiverse of Madness