Wonder Woman 1984: Cast, Characters, Trailer, New Release Date, and Everything Else You Wanted to Know

The return of former characters has us asking, is the new Wonder Woman 1984 movie a stand-alone or are there other reasons behind it all?

Wonder Woman struck gold for DC Comics in 2017 when the film grossed $871 million at the box office. This time around, DC is hoping for the same magic with the returning star, Gal Gadot as Wonder Woman. So what can we expect this time around?

The next iteration of the film has plans to bring some prominent actors from the original, including Gal Gadot and Chris Prine. Joining the crew will be Kristen Wiig and the Mandalorian star Pedro Pascal.

If you’ve peeped the new poster, you’ll notice a few things. First, Gal Gadot is back as Wonder Woman. This should be no surprise given her breakout role in the first film, which was the third highest-grossing film of 2017. You’ll also notice that the star has a new golden outfit.

For DC Comic book fans, this is a clear hint to the plot of the movie. The suit is made of what looks like a golden armor and has wings. Does this mean that Wonder Woman will have the ability to fly? It’s definitely plausible. According to DC Comics, Wonder Woman wore her golden eagle armor to face her most formidable foes. The suit gave her the ability to fly and also had supernatural strength, which made her impervious to attacks. The last thing you’ll notice is the Tron-like, retro quality of the poster playing up the 1984 title. 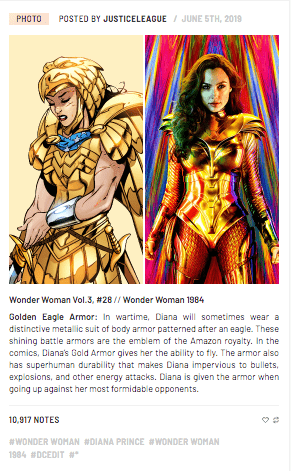 Kristen Wiig is playing Wonder Woman’s arch-nemesis, Cheetah. According to the comic books, Cheetah is a formidable foe. Known also in the comics by the name Barbara Ann Minerva.

In the comics, she is an archeologist who is looking for a lost city. When she finds it, encountering the God who dwells within, she is transformed into a supervillain. Cheetah has immeasurable strength and reflexes.

She is shown to have strength comparable to Superman, the speed and agility to fight the Flash, and claws sharp enough to break through bulletproof skin. Perhaps this is the reason for Wonder Woman’s golden armor in the new film. 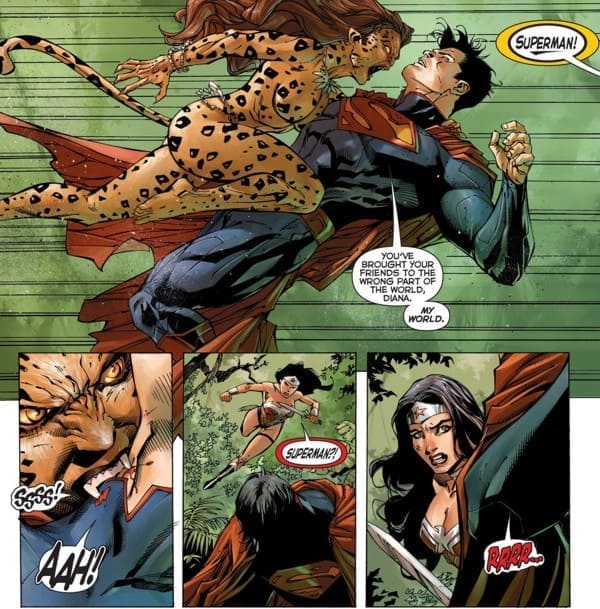 How Is Steve Trevor Alive?

One thing becomes abundantly clear when you watch the new trailer for Wonder Woman 1984, Steve Trevor is back from the dead, and hasn’t aged a day.

You may recall that Chris Pine's character, Steve Trevor gave his life heroically in the first film when he climbed aboard a plane to stop the death of thousands. Then how is he alive, and in the year 1984? How has he not aged a day in the last 70 years?

According to an interview with Vulture, Wonder Woman 1984 is not designed to be a sequel. Director Patty Jenkins states, “It’s a stand-alone film in the same way that Indiana Jones or Bond films are. Instead of one continuous story that requires many installments.”

Warner Bros chairman Toby Emmerich echoes these sentiments, “We all feel like we’ve turned a corner now. We’re playing by the DC playbook, which is very different than the Marvel playbook.” Clearly, it is a deliberate attempt to shift away from a DC universe approach.

Among other people brought back from the dead include Robin Wright’s character General Antiope and Connie Neilsen’s character Hippolyta. However these two are rumored to be part of a flashback sequence.

Who Is Maxwell Lord?

Another new character in WW84 is that of Maxwell Lord. In the trailer, he seems to be a smooth-talking, infomercial salesman. You may recall in the comics, he was integral in creating the Justice League International. According to the comics, his character actually had some villainous tendencies and looked to destroy the Justice League from the inside out. This was through his power of mind-control. 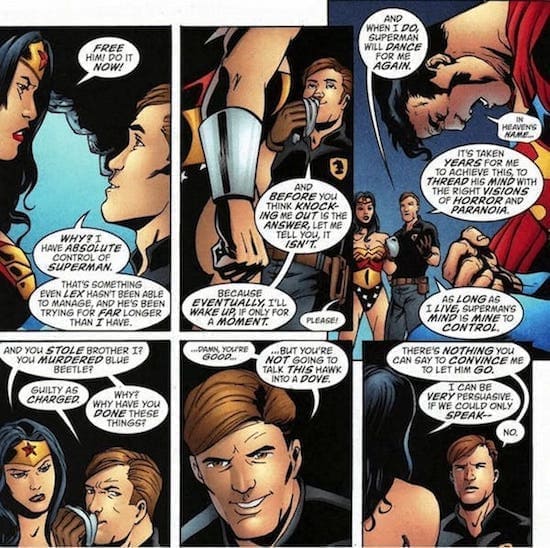 One theory that is going around is that Steve Trevor isn’t back from the dead, but rather is part of a delusion that Diana has as a result of being manipulated by the character Maxwell Lord.

The trailer seems to suggest this when you hear the character say, “Think about finally having everything you’ve always wanted” and “Now, I take what I want in return.” His words definitely seem to elicit some type of ulterior motive.

Easter Eggs and Theories From the WW84 Trailer

When we breakdown the trailer, there are several Easter eggs and theories. Perhaps they lend some clues to the plot elements for Wonder Woman 1984.

When you watch the trailer, you see Gadot fighting what looks to be politicians in the White House. She is stopping bullets being fired at her from secret service members. She is using her golden lasso to defeat people in suits. Perhaps this is trying to hint at the plot element of Wonder Woman trying to defend against a corrupt government trying to enslave the population.

The year 1984 in the title could very well be symbolism to this type of plotline. Besides the fight scene in the White House, there is a shot of a satellite dish. Perhaps this is a connection to Brother Eye, a satellite initially designed by Batman in the comic books to monitor superhuman activity on earth.

In the comics, Maxwell Lord takes control of the satellite. This could connect to the term Big Brother from George Orwell’s timeless novel 1984.

2. The Return of the Watch

Throughout the trailer, we see shots of Steve Trevor’s watch that he gave to Diana before hopping on the plane, which caused his demise in the first movie. There is a shot of the watch next to a picture of Steve which demonstrates that she has kept it all those years.

Then there is a shot when Steve returns where he places a retro 1984 style digital watch in Diana’s hand. Perhaps this plays a role in the plot in the concept of time, time travel, or the theme of running out of time to accomplish something. We’ll just have to see.

One popular theory floating around is that Steve Trevor isn’t back from the dead. He is instead Martian Manhunter, who is a member of the Justice League. Martian Manhunter is a shape-shifter and can take the form of any person. He is one of the last survivors from Mars. He changes into human form to protect his identity and to not scare people on earth. He has a special affinity for the planet and its inhabitants. 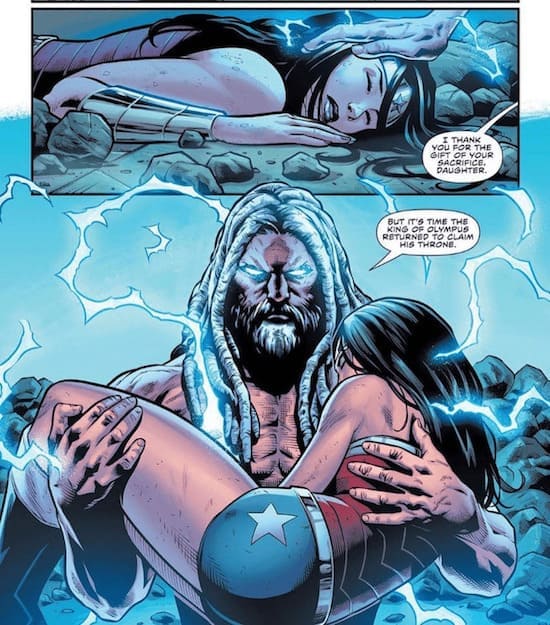 5. Wonder Woman in a Jet

In one shot we see Steve and Diana in a jet. Perhaps this is a connection to Wonder Woman’s invisible jet. It may be nothing, but if it is a sneak peek, that would be interesting.

Initially, we expected the release date of June 5, 2020, but that was then moved back to August. Now, it seems the official new release date will be October 2, 2020. A fall release date may seem like a long time from now, but we hope it will be worth the wait.

With all of the hype, new characters, and ties to comic book storylines, this seems to be a movie destined to break box office records. Just like the last one, even if it’s another stand-alone film.